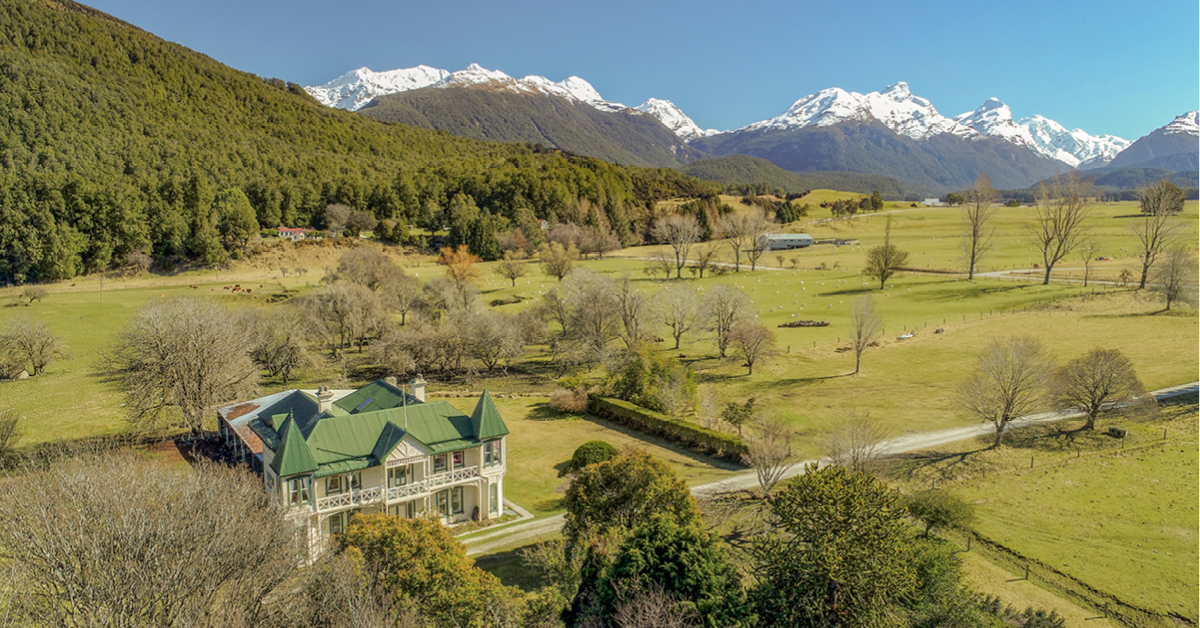 One of the most beautiful farms in the world, Arcadia, in the heart of Middle Earth near Queenstown, New Zealand, has just been sold for a multi-million dollar sum on the eve of the New Zealand lockdown, after more than 80 years in the same family.

Ray White Queenstown’s owner and selling principal Bas Smith says the iconic 257-hectare farm and film location attracted interest from “super high net worth” individuals across the globe including several US & European billionaire’s and large corporate entities before eventually selling to a New Zealand businessman who plans to farm it organically and fully renovate the homestead to its former glory.

“Arcadia actually helped put Queenstown on the map as a tourist mecca long ago as it was the place wealthy travellers came to stay and relax back in the early 1900s. The name literally means Paradise, it has a 1.4km  border to Diamond Lake the rest to  Mount Aspiring National Park, ” Mr Smith said from the isolation of his home in Queenstown.

The property has been farmed for over 80 years by the Veint family. Jim Veint bought the property off his father, Lloyd in 1960.

“He has lived there his entire life, that’s why he is still so young and vibrant. At 83 he is as fit as a fiddle, still working the farm,  opening all the gates and tending to his stock but he recently accepted that it was time to sell and chose Ray White Queenstown to find the best deal,” Mr Smith said.

This incredibly scenic property near Glenorchy is famous as a setting for 100s of TV commercials and films like The Lord of the Rings, Prince Caspian, The X Men and The Hobbit just to name a few.

“We ended up doing the deal over 48 hours on the eve of the lockdown. Jim is very happy with the result in the knowledge the property has been presented to the world over the  summer which gave him comfort that he was dealing with the best buyer in the market.”

The property was being marketed with a price guide from $15 million to $20 million which reflected the iconic status of the block and the potential for foreign buyers who were prepared to go about achieving overseas investment approval to purchase.

In the end, it was a Queenstown businessman and farmer, one of the first people to view the property who was the successful purchaser.

“He is a collector of iconic New Zealand properties,” Mr Smith said.

Mr Veint has five grown children but he had always made it clear that it was better for him to sell rather than choose one of the kids to take it over plus the value price tag these days makes it difficult to provide family continuity.

Mr Veint has been invited by the new owner to stay around and advise on the new management plan alongside the renovation of the historic 114-year-old homestead.

His old dog Boe can stay and live out his days in the sun.