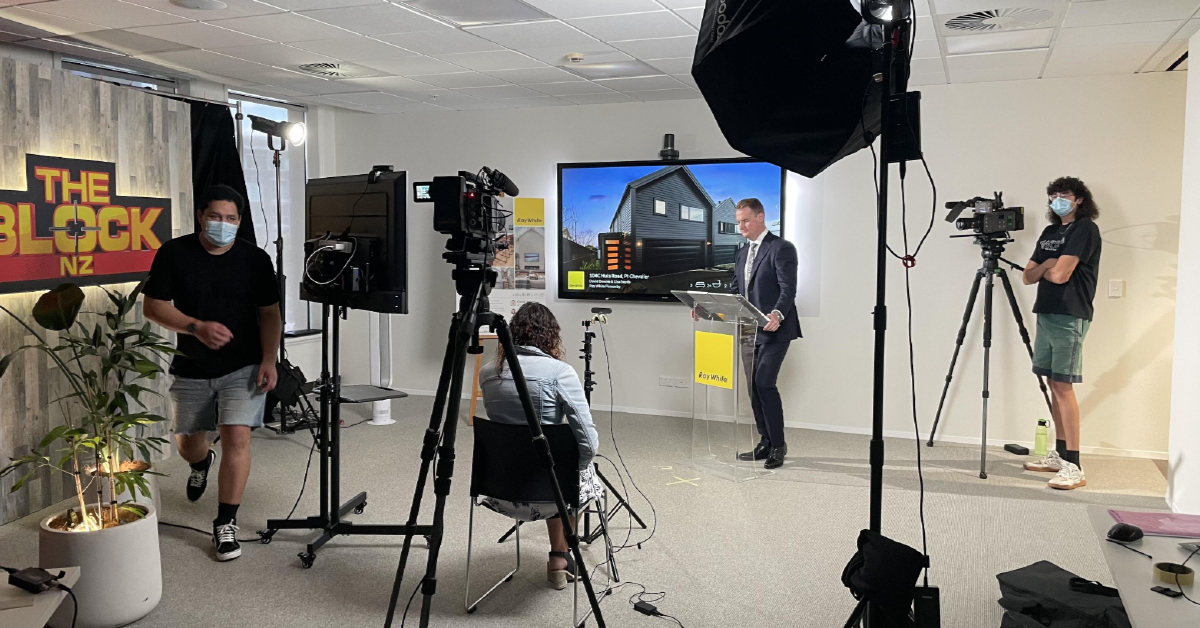 Ray White New Zealand is excited to congratulate Tim & Arthur as the winners of Three’s The Block NZ 2021 after House 4 sold under the hammer for $2,825,000.

“It was wonderful to market the house, and to field all the positive feedback throughout the campaign,” Mr Downie said.

“However, we are thrilled that all houses had successful results, and it was a pleasure to work with The Block NZ team.

“All The Block NZ houses are unique, and they generated a huge amount of interest.

“It was a pleasure to walk into House 4, and to see the smiles on buyers’ faces.

“Despite being trying times with lockdowns, the campaign went very smoothly resulting in a resounding success not only for Tim & Arthur, but all the teams.”

All four of The Block NZ 2021 houses in Point Chevalier sold for more than $2 million, a record for The Block NZ.

“The Block NZ properties have never surpassed the $2 million mark and we made The Block NZ history in terms of prices achieved, team winnings, and being on a virtual platform,” Ms Drinnan said.

Ray White New Zealand lead auctioneer John Bowring said he had the honour of auctioning Connie & Rach’s House 1, which had been a huge success.

“The energy was electric and this was a reflection on the great work the agents did to get the bidders to auction day, and the presentation of the houses was magnificent,” Mr Bowring said.

“Great marketing led to many buyers across all the houses and, as a lead auctioneer for the group, I was very proud of how Ray White handled The Block NZ for 2021.”

“The virtual room was packed with agents who were all in communication with individual buyers which made for a very real in-room auctions feel,” Mr East said.

“Bidding throughout the auction had great momentum which was down to the communication agents had with buyers.

“Virtual auctions have become a staple part of our industry but it is great to be able to be a part of the first time doing The Block NZ auctions virtually.”

“The preparation that was undertaken by the listing salespeople and the support team from Ray White Ponsonby / Mt Albert and Ray White Kinglsand was significant,” Mr Coulson said.

“It really showed that the weeks and months that we have been running online auctions through various alert levels meant that The Block NZ properties were always in safe hands.

“Our salespeople and auctioneers have been operating online auctions for some time now and their skills in achieving successful sales results is not only limited to The Block NZ properties, it’s replicated each and every week.”

The winning home, House 4, sold to a couple who planned to live at the property.

“The boys (Tim & Arthur) went for a design aspect that easily lends itself to a raft of buyers who could envision themselves living there.

“Upstairs, a mixture of contemporary fittings, generous proportions and a neutral organic colour palette meant that it was incredibly popular.”