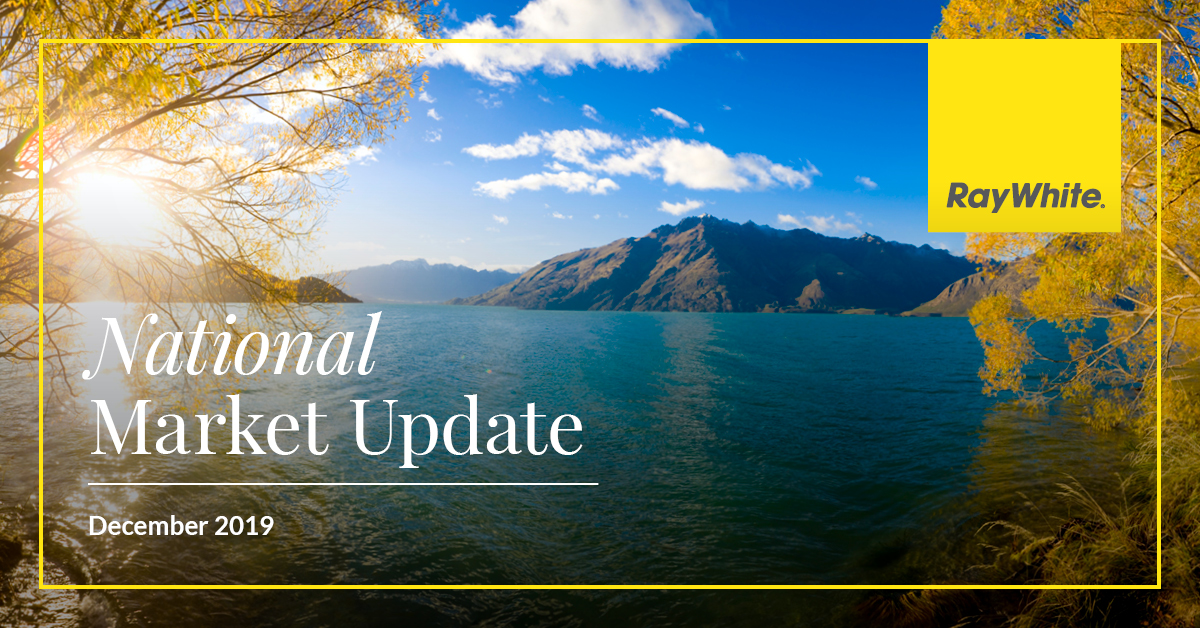 The Ray White New Zealand group results for December 2019 saw a 28% increase in sales value in comparison to 12 months ago and a 6% lift on November 2019. A month cut short by celebrations and Christmas holidays provided record-breaking results for the group. Overall the sales numbers resulted in 1,489 residential sales; a 21% increase on the same time last year, which gave a total released turnover of $1.017 billion.

The total number of controlled listings again decreased by 8% to 1,114. The difference between the sales numbers and the listing numbers shows a group portfolio decrease by over 330 properties. During the last quarter, in comparison to December 2019, the sales volume increase was 18%.

Carey Smith, Chief Executive of Ray White New Zealand said, “The December results showed a continued increase in the majority of the markets. The month of December historically is one of the quieter months of the year; however, 2019 has proven otherwise with record-breaking results in a strong seller’s market to close out the decade.”

The result for our top business in December, Ray White Ponsonby, was a personal best at $63 million. Ray White Remuera completed $55 million in volume of sales; while Ray White Howick had another successful month with $37 million in settled transactions.

Ray White saw a continued increase in property management appointments in the month of December, with the company now having 17,988 properties under management.

Listening carefully to customers is fundamental to the success of any business. Ray White remains strategically focused on customer satisfaction and continues to measure the underlying success of the group through the net promoter score which allows Ray White to give industry-leading outcomes to their clients.