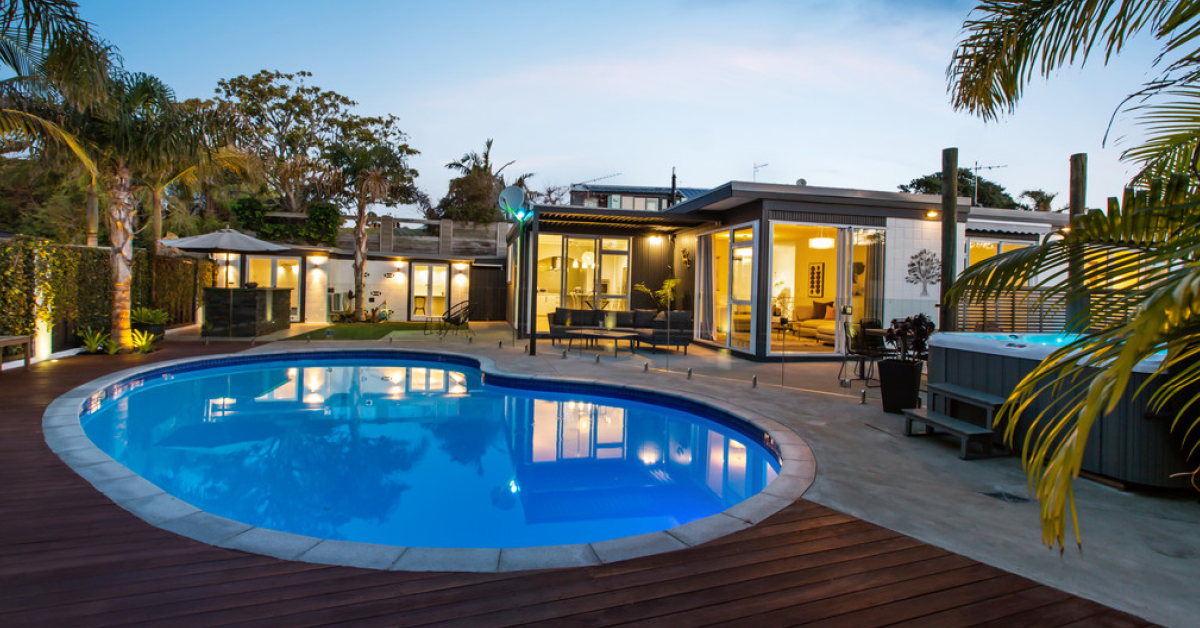 Ray White Remuera and Ray White Mt Eden have celebrated more outstanding auction results as nine properties sold under the hammer for a combined value of over $13,600,000.

It was a case of double delight for Ray White Remuera Salespeople Simon Siddells and Thomas Farmer as they sold both adjoining properties at 208B(above) and 208A(below) Gowing Drive in Meadowbank.

“The two auctions were amazing. 208B was a three-bedroom, two-bathroom home and attracted a whopping 225 inspections over three weeks,” Mr Siddells said.

“Originally, it was a home and income built in 1970. The owners subdivided and cross-leased it in 1989 and the current owner of the back one managed to purchase the front one a couple of years ago.”

“208A Gowing Drive, the adjoining property (both homes attached), was a two-bedroom unit with one bathroom,” Mr Farmer said.

“We auctioned the big one first then the smaller one an hour later. The market in this category is extremely hot and seems to be getting hotter by the week.”

Ray White Mt Eden also celebrated an awesome foursome of under the hammer sales as the stand-out belonged to Salesperson Rachel Berry and Sales Associate Tegan Stent as they sold 22 Elizabeth Road(below) for $3,250,000 – an area and street record.

“This was an outstanding result for our vendor and the sale price is testament to a property market that’s going from strength to strength,” Ms Berry said.

“We had a massive 118 inspections during the campaign and the decision was made to bring the auction forward – such was the interest in this one.

“We had eight registered buyers, three of whom were active, with 11 bids driving the opening bid of $2,960,000 up to its eventual sale price. There’s no doubt now is the time to sell.”