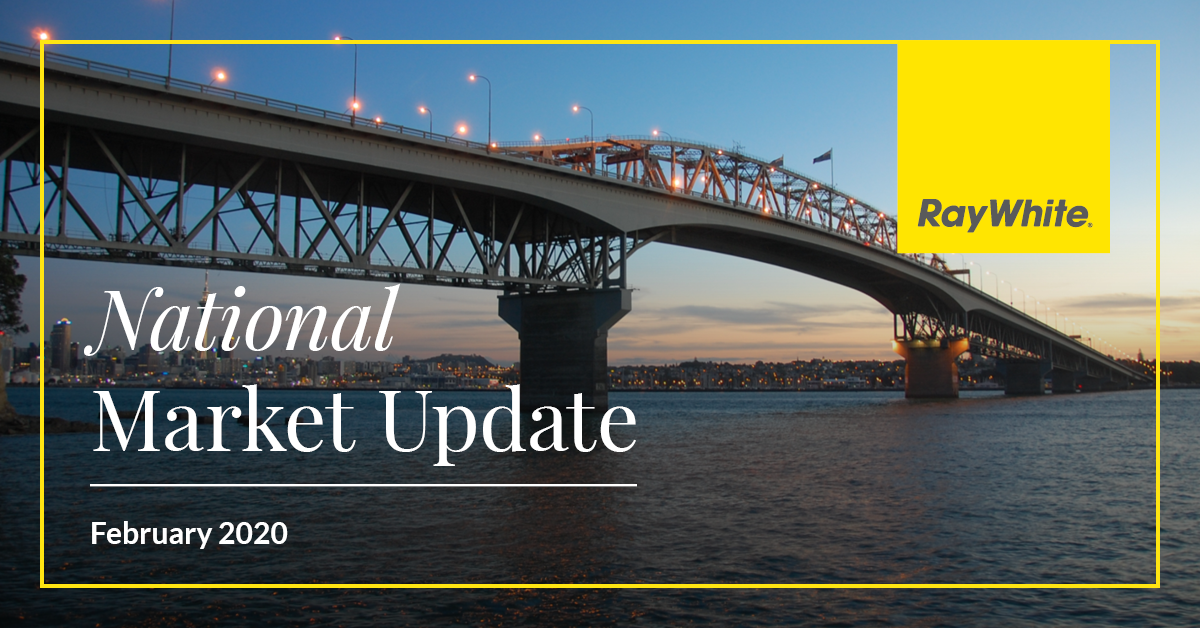 The Ray White New Zealand group results for February 2020 saw a strong increase in the sales value in comparison to 12 months ago. This has continued the strong start of sales in the area of residential property. The median sales price again lifted, with the average sale price now being $699,216.

The overall sales numbers for February resulted in 998 residential sales which gave a total released turnover of $789 million. The total number of controlled listings were 1,775. The difference between the sales and listing numbers showed a better than average group portfolio increase of 5.5%. In comparison to February 2019, the sales volume increased by 22%.

Carey Smith, Chief Executive of Ray White New Zealand said, “February finished strongly but there may be some changing times ahead for all communities and while Real Estate in the area of sales and rentals is still strong and buyer depth is there, macroeconomic changes may work in the favour of the Real Estate market ahead of other investment markets”. Our top business for the month was Ray White Remuera. Ray White Ponsonby completed 40 sales. Ray White Howick also had a strong month. Ray White Epsom was number four in our Group; with Ray White Manukau completing back-to-back strong months.

The results for February 2020 saw two offices complete a personal best in turnover, being Ray White Manurewa and, in the Upper South Island, Ray White Richmond.

Ray White continues to increase its property management appointments across New Zealand, with the company now having 17,943 properties under management.

Ray White remains strategically focused on customer satisfaction and continues to measure the underlying success of the group through the net promoter score which allows Ray White to give industry-leading outcomes to their clients.